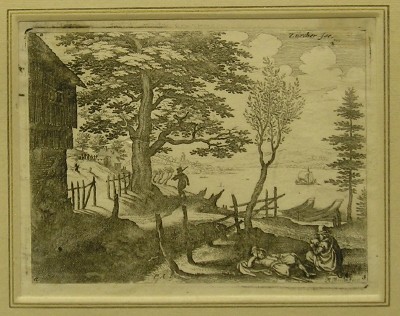 The Mennonites are a Christian group based around the church communities of Anabaptist denominations named after Menno Simons.  Through his writings, Simons articulated and formalized the teachings of earlier Swiss founders.  The teachings of the Mennonites were founded on their belief in both the mission and ministry of Jesus Christ, which they held to with great conviction despite persecution by the various Roman Catholic and Protestant states.  Rather than fight, the majority survived by fleeing to neighboring states where ruling families were tolerant of their radical belief in believer’s baptism.  Over the years, Mennonites have become known as one of the historic peace churches because of their commitment to pacifism.

The Anabaptists themselves did not use a common name.  Typically, the name ‘anabaptist’ originally was used as a term of derision by detractors and critics of the time.  They were not a unified organized movement, although the Swiss-South German, Dutch-North German, and Hutterite wings were soon separately organized and disciplined. Their most common self-designation was Brüder, or “Brethren.”  Because of the strong leadership of Jakob Hutter (d. 1535) among the Moravian Anabaptists, who adopted a community of goods, this group was soon called “Hutterisch” or the “Hutterian Brethren,” while the non-communist group being originally of Swiss origin was called “Swiss Brethren,” even though they lived in many places outside of Switzerland such as the lower Rhine region.  In Holland after 1545 the group came to be called “Mennists” after Menno Simons, a name which gradually developed into “Mennonist” and then “Mennonit,” although early in the 17th century “Doopsgezind” (German, “Taufgesinnt”) came into use in Holland and ultimately superseded “Mennonit.”

Mennonite theology emphasizes the primacy of the teachings of Jesus as recorded in New Testament scripture. They hold in common the ideal of a religious community based on New Testament models and imbued with the spirit of the Sermon on the Mount. Their core beliefs deriving from Anabaptist traditions are:

One of the earliest expressions of Mennonite faith was the Schleitheim Confession, adopted on February 24, 1527. Its seven articles covered:

Next:  IX. The Earliest Brubakers and Anabaptist Persecution

Notes:
1.In connection with the Lord’s Supper, some Mennonites practice feet washing as a continuing outer sign of humility within the church. Feet washing was not originally an Anabaptist practice. Pilgram Marpeck before 1556 included it, and it became widespread in the late 1500s and the 1600s. Today it is practiced by some as a memorial sacrament, in memory of Christ washing the feet of his disciples as recorded in the thirteenth chapter of the Gospel of John.