The Brubaker Families of America > History > The Old World > I.   An Early History of Zurich and Northeast Switzerland 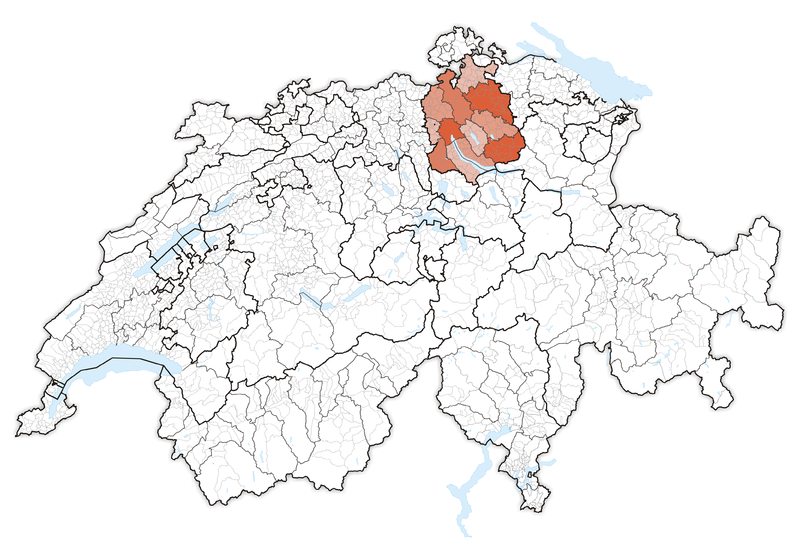 I.   An Early History of Zurich and Northeast Switzerland These Celtic Helvetians had a settlement on the Lindenhof hill in old Zurich, when they were succeeded by the Romans, who established a customs station there for goods going to and coming from Italy.

Roman Turicum (Zurich) was not fortified, but there was a small garrison at the tax-collecting point, set up not exactly on the border, but downstream of Lake Zurich, where the goods entering Gaul (pre-France) were loaded onto larger ships.

Christianity was introduced early in the 3rd century in Zurich by the (Roman Catholic and Coptic Christian) brothers Felix and Regula. According to legend, Felix and Regula were executed on an island in the Limmat River, present site of the location of the Wasserkirche (Water Church) in 286.

With the fall of the Western Roman Empire in the late 400’s AD, Germanic tribes entered the area of what is Switzerland today.  In the area around what is now Zurich, Alamanni (early Germanic) settlers slowly forced the earlier Celto-Roman population to retreat into the mountains.  In the Alaman-controlled region, only isolated Christian communities continued to exist and Irish monks re-introduced the Christian faith in the early 600’s .

During the 800’s, the feudal system proliferated; Roman Catholic monasteries and bishoprics were important bases for maintaining rule.  The Treaty of Verdun of 843 assigned the eastern part of today’s Switzerland to the eastern kingdom of Louis the German (grandson of Charlemagne) which would become part of the Holy Roman Empire.

It wasn’t until the 10th Century that many of the Swiss territories (similar to today’s cantons) integrated into a confederation, which lasted until the late 1200’s.