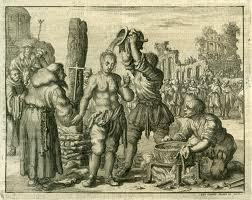 The Radical Reformation was the response to what was believed to be the corruption in both the Roman Catholic Church and the expanding Magisterial portion of the Protestant Reformation led by Martin Luther and many others. Beginning in Germany and Switzerland in the 16th century, the Radical Reformation birthed many radical Protestant groups throughout Europe. The term covers both radical reformers like Thomas Müntzer, Andreas Karlstadt, and Anabaptist groups like the Hutterites and Mennonites, among others. Though the radical reformers were a small portion of the larger population, the various radical groups, especially the Anabaptists, consistently showed considerable growth in numbers.  Their growing numbers, coupled with the decrease in state church attendance and a decrease in the number of infants being brought to the state church for baptism led the leadership of the Swiss Reformed Church to act.

Next:  VI. The Anabaptists