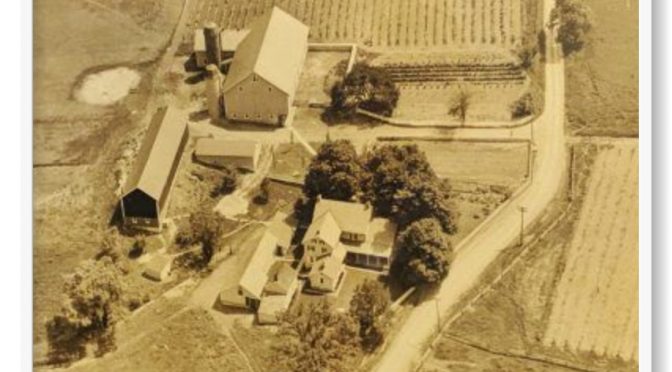 Owners In No Rush to Leave Their Tricentennial Farm

(The above image is courtesy Marlin and Robert Miller)

LANCASTER, Pa. — Cars, trucks and buses whizzed by on Route 30, just north of downtown Lancaster. It was about four in the afternoon, and there was also a steady stream of cars on Farmingdale Road, a popular but once little-known shortcut between some of the city’s most heavily traveled thoroughfares.

Farmingdale Road bisects a 63-acre farm that’s owned by brothers Robert and Marlin Miller. The Millers’ land and an adjoining property are the only remnants of a landscape that once justified the “Farmingdale” label.

It was late afternoon on Wednesday, Oct. 30, and Pennsylvania Secretary of Agriculture Russell Redding had stopped to visit the Millers on his way to the annual dinner meeting of the Lancaster Farmland Trust. The trust has been a key partner with the county and state in obtaining perpetual conservation easements on more than a thousand farms and well over 100,000 acres of the county’s most productive soils.

Standing in the front yard of the Miller ancestral home, Redding looked north to the Route 30 traffic, then west to a development across Farmingdale Road. In that sweep, his gaze took in raw land which, in the right hands — or the wrong hands, depending on your point of view — could be worth millions of dollars.