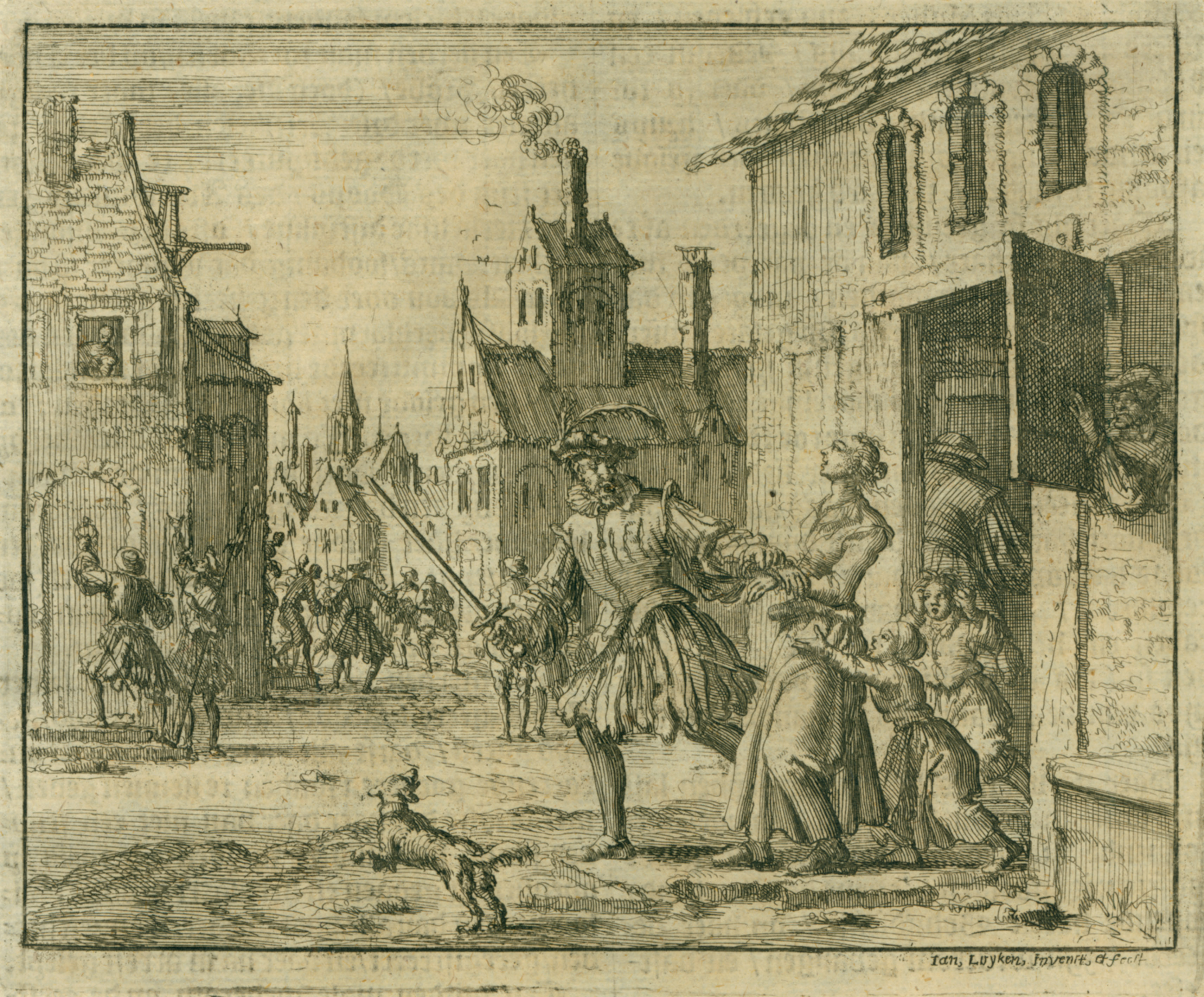 In response to the growing Anabaptist ‘threat’, the Reformed/state church pressured the Zurich City Council to enact legislation to suppress the Anabaptist movement.  There were fines levied, which eventually escalated to arrests, imprisonment, branding, banishment, and finally, on March 7, 1526, the City Council passed an edict which established a death penalty by drowning for participating in the Anabaptist movement.

This practice continued for over 90 years until the outbreak of the 30 Years’ War.

Referring back to that fateful meeting on January 21st of 1525, present also with Conrad Grebel and George Blaurock was one John Brubach, (also known as Hans Bruggbacher) from Zumikon who was baptized at that meeting by Felix Manz.1

Was Brubach an ancestor of the larger Brubacher-Brubaker family?  That is not known for certain.

Memorial plate on the Limmat River wall in Zurich. English translation: Here in the middle of the River Limmat from a fishing platform were drowned Felix Manz and five other Anabaptists during the Reformation of 1527 to 1532. Hans Landis, the last Anabaptist, was executed in Zurich during 1614.
Credit: Roland zh

On the following Monday, January 22nd, Blaurock, Manz, and all who were baptized in those ensuing days (about 30 individuals) were captured.  Blaurock was exiled and later burned at the stake in Innsbruck, and Manz was later drowned on January 5th, 1527 in the Limmat River.  He was the first casualty of teh new drowning edict.  Five years later, in 1530, Hans Bruggbacher/Brubacher was seized in the Zurich Unterland, located just north of the city.  He was cross-examined by the authorities, along with other individuals.  His statements offer an interesting insight into the faith of the Swiss Brethren of the period.  Among other things he confessed: “Since Christ has forbidden the killing of anyone, both in the old law, the Ten Commandments, and in the Gospel, a government with a Christian mind cannot kill either thieves or murderers; but according to the words of Paul, it should put these into prison until they have been taught.  Furthermore, Christ said yea should be yea, and nay, nay; since we can do or have nothing of ourselves but are dearly bought, we should live thus toward each other: what one has consented to in loyalty or faith, that he should do in deeds, and not swear an oath.  He has heard, been taught, and believes that the preachers of the day have never explained the Holy Scriptures and Divine Word correctly, nor correctly presented to the Christians the cup of Christ with the blood even to this day . . . and have not properly declared to the simple populace the Holy Spirit and His work, and where life comes from and much more that Christians must know.”

At the confluence of the other three Reformations, the Protestant, Magisterial, and the Catholic, is where the Radical Reformers such as the Anabaptists, and in particular, our Brubaker ancestors found themselves.

In the late 1500’s and early 1600’s, there were established Anabaptist enclaves at Gruningen and Knonau.  The Reformed state church stepped up its efforts to bring these Anabaptists back in line with established church doctrine and attempted to block their worship activities.  The church published a mandate in 1585 for them to return to the church.  In response, many emigrated to Moravia, north and east of the Swiss Confederation, in what is today’s eastern Czech Republic.  There they were able to worship freely.  Those who stayed behind in Zurich faced mounting pressure to comply.

In October of 1589 fifteen Anabaptists were arrested in Horgen, and seven more from Wadenswil.  Two of the fifteen from Horgen were Heini and Hans Landis, who were teachers and the leaders of the Horgen congregation.  In 1608 there were at least forty Anabaptist men and women who refused to attend the state church and instead held their own meetings.  In these meetings there was preaching, adult baptisms, and marriages performed.  These meetings took place in barns, in the woods, or in Hans Landis’s home. In the summer of 1613 Hans Landis, Hans Meili of Stallikon, and Stephen Zehnder of Birmensdorf were among those who were incarcerated for their beliefs and practices.  Meili accepted emigration, but Landis and Zehnder were led to the French border at Solothurn where they were imprisoned.  They later escaped, but were recaptured.  Hans Landis was beheaded on September 29, 1614.

Another Anabaptist persecution in Zurich took place in 1635 when army officer Heinrich Frick quit his position as a district standard bearer to join the Anabaptists.  The refusal of military service by officer Frick was viewed by officials as a provocation and they feared that others might follow his example.

And so on August 17, 1635, a disputation was arranged in Knonau, to which the Anabaptists in the districts of Gruningen, Wadenswil, and Knonau were invited. The location of the disputations would be Zurich on August 22nd and September 8, 1635.  Individual Anabaptists were asked to reply in writing whether they were ready to either recant their beliefs or emigrate.  Among those who sent a reply of refusal to recant was Petter Bruppacher from Wadenswil.

At the end of 1639 members of the Zurich City Council formed an Anabaptist Commission to deal the Anabaptist ‘problems’ and at the same time implemented a law to confiscate the properties of all Anabaptists and hunt down any who were not already in prison.   Many had their property confiscated, including Barbara Bruppach, the widow of Heinrich Ritter; and Michel Bruppach’s widow Verena.

While death by drowning had been repealed, trouble would continue for the Anabaptists in general and for our Brubacher/Brubaker ancestors in particular.