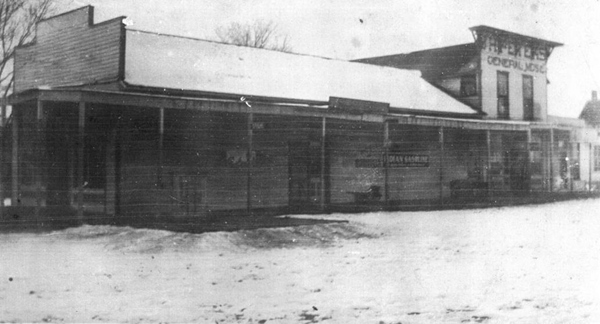 Near Alma, Marion County, IL resides the hamlet of Brubaker.  Originally a station on the Chicago & Eastern Illinois Railroad , it contained two stores, a sawmill, blacksmith shop and the Alma town house.  It was laid out by Eli E. Brubaker, (son of Abraham and Elizabeth Myers Brubaker, who were thought to originally have been from Lancaster County, PA) who built a two-floor store upon the completion of the railroad in 1895. Click on the image to see where this is in Illinois.

It has been documented that during its heyday, there were approximately 80 families in the area around Brubaker.  In the mid 1960’s, that number had dwindled to about 20 within a three mile radius of the village.  Looking around today, one would be hard pressed to know that there had been a village here. Our thanks to the Kinmundy Historical Society and Christy Clark-Johnston for the information and images.