100th Reunion Speakers and their Presentations 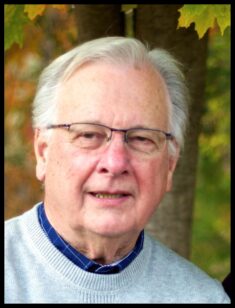 Cousin David Brubacher tells of our Brubacher-Brubaker ancestors who migrated from what is now Lancaster County, PA in the early 1800’s to what is now the Waterloo-Kitchner area of York County, Ontario.  He will be speaking and sharing about Upper Canada, the Land of Opportunity; 200 years of Brubachers in Ontario, why the Brubacher family came to Ontario, and the story of the land purchases.

Dave grew up on the Brubacher family farm (6th generation in Ontario) at Kitchener, Ontario. He attended Rockway Mennonite High School and then pursued an education in agriculture at the Ontario Agricultural College and then a post graduate course at the Harper Adams Agriculture College in England. He then spent 10 years as a district manager with Ralston Purina Company; 15 years managing a dairy farm….150 cows; and then 20 years in the fertilizer business where he became sales manager for Ontario, New York and Michigan. During this time he was also very involved in leadership roles in his local church.

Dave has always had an interest in family history and can trace all of the male ancestors back to 1543. He has attended a number of Brubaker reunions, the 300th anniversary and in 2018 took the Brubaker tour to Switzerland.

Dr. Brubacher presents The History of our Faith as found among the Anabaptists and Mennonites.  (Saturday morning) 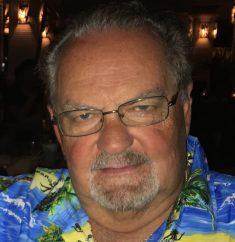 Dr. Demas Brubacher, PH.D. was born near Elmira, Ontario in 1944.  His parents left the traditional Mennonite church for a Baptist Church.   He received an *A.B and Th.B from Lexington Baptist College, Lexington, KY 1966-67; *Central Baptist Seminary, Minneapolis, MN 1968; M.A. (studies in American history) 1970 Austin Peay University, Clarksville, TN; Vanderbilt University, Nashville, TN (1975-76 seminars on Luther, Calvin, Zwingli); and Ph.D. Memphis State University, Memphis, TN 1984 (Medieval/Renaissance/Reformation – dissertation: influence of rhetoric in the sermons of John Colet).  He has served as an assistant pastor in KY and TN.  He has been a Professor/Dean, Central Baptist College, Clarksville, TN; Professor of history, Holmes Community College, Clarksville, TN; Pastor of Central Baptist Church, Grenada, MS (1980-1992); served on mission trips in South America, Caribbean basin, and The Philippines; Professor, Cruz Bay Baptist College, St. John, USVI 1995 and is self-employed in hotel installation coordination with his present retirement in Crystal River, FL where he lives with his wife Anna.  His special interest is studying the perpetuity of the Church as promised by Jesus and in particular, the radical reformation of which his Mennonite heritage is a part.

Dr. Brubacher was previously one of our featured Sunday morning speakers and worship leaders at the Brubaker Families’ 300th Anniversary event in 2017. 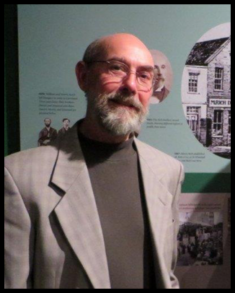 Our Ancestral Roots: Connecting the Dots, Part 1A and 1B (Saturday morning)

After a brief introduction, Dale will present a travelogue documenting his travels in Switzerland as it relates to our ancestral past. Dale will give an account of his relationship and correspondence with distant cousin Rolf Pfister in preparation for the trip, their shared interest in researching the family line, and of how, by happenstance, they were able to determine the true location of the legendary bridge and mountain brook from which the Brubacher/Brubaker surname evolved.

Dale tells a little of his connection to the “D” Branch of the Brubacher-Brubaker Family Tree.  He also introduces us our common ancestor Peter Bruppacher, his wife Anna Pfister and their three sons. The presentation will touch upon Peter’s imprisonment because of his Anabaptist beliefs, his subsequent escape, and his relocation with his sons from Switzerland first to Alsace and ultimately the Rhineland-Palatinate area of southwest Germany where, two generations later, their descendants would journey down the Rhine River to America.

For more than 30 years, Dale Brubaker was the principal of Brubaker Design Incorporated, a multi-disciplinary design studio specializing in the development, design, and execution of history museum and nature center exhibits; theatrical stage sets; industrial theatre staging; convention exhibitions; tradeshow exhibits; and theme party environments. A Canadian by birth, Dale and his wife have three grown children, four grandchildren, and have resided in Decatur, Georgia since 1983. Dale Brubaker’s professional portfolio can be viewed at www.brubakerdesigninc.com.

Part of the exciting life that Daniel has lived includes his research and learning of further connections in the larger Brubacher-Brubaker family that potentially pushes the family record further back in time and connecting two large branches of the Brubacher tree, dating back to the early 1500’s in Europe. 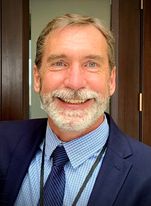 with law firm Mika, Meyers, Beckett & Jones, PLC. He has been in the Michigan Supreme Court Commissioners’ Office since 2003, and named Chief Commissioner in 2012.

Daniel and his wife, Tamara Brubaker-Salcedo live in Lowell, MI.  They have four grown children.  He has been on the Lowell Area School Board and served on the Lowell Area Chamber of Commerce. He has also served on the board of the Lowell YMCA, Flat River Outreach Ministries, and the Lowell City Council and Planning Commission. He is active in the Lowell First United Methodist Church and the Iglesia Metodista Unida La Neuva Esperanza, a church that serves the Hispanic community.

Dan is also currently affiliated with an organization called The Movement, working with a diverse group of ministers and laypersons to develop a multicultural, multiracial, inclusive church startup in Grand Rapids, MI. He also is serving with Refugee Education Center as a board member.

Dr. Ken and Martin will be sharing about the arrival and early history of our ancestors in Pennsylvania, specifically, Lancaster County.  Ken and Marty have journeyed together and separately to the Brubacher home sites in Switzerland and along the Rhine River preceding our ancestors’ migration to Pennsylvania. 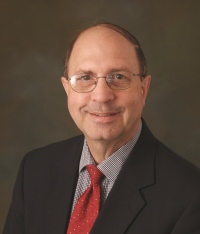 Dr. Kenneth Brubaker is a well-known geriatrician, educator, and clinician. Over the years he has received numerous awards in recognition of his geriatric work and education in his community, in Pennsylvania, and in the USA. He also volunteers on the PA Attorney General’s Advisory Board for Elder Abuse and has served as the Chief Medical Director of the PA Department of Aging and PA Office of Long-term Living for many years.

Dr. Ken and his wife Pamela have been married for 55 years; they have three children and 11 grandchildren. 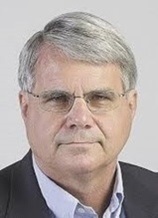 Hailing originally from Johnstown PA, and with seven generations of family roots (“C” and “N” Brubaker family lines) in Somerset County, PA, Marty is a graduate of Gettysburg College, 1968, with a degree in History (Phi Alpha Theta History Honorary Society, Honors Seminar). He first worked in New York City as an urban planner, both private and municipal. His major professional career was in Montgomery County, MD where he retired from a career moving from community planner to management and budget official. Currently located in Hagerstown MD, he served on the City Council (2006-16) and City Planning Commission; MD Municipal League – Legislative Committee 2013-2016. He also is on the Habitat for Humanity Board of Directors, a member of the Washington County, MD Historical Trust, and is on the Board of Directors of The Brubaker Families of America (2013 to present).